An employer's right of conscience is his/her duty of conscience. Morality isn't optional. That's why the precepts thereof are called Commandments. 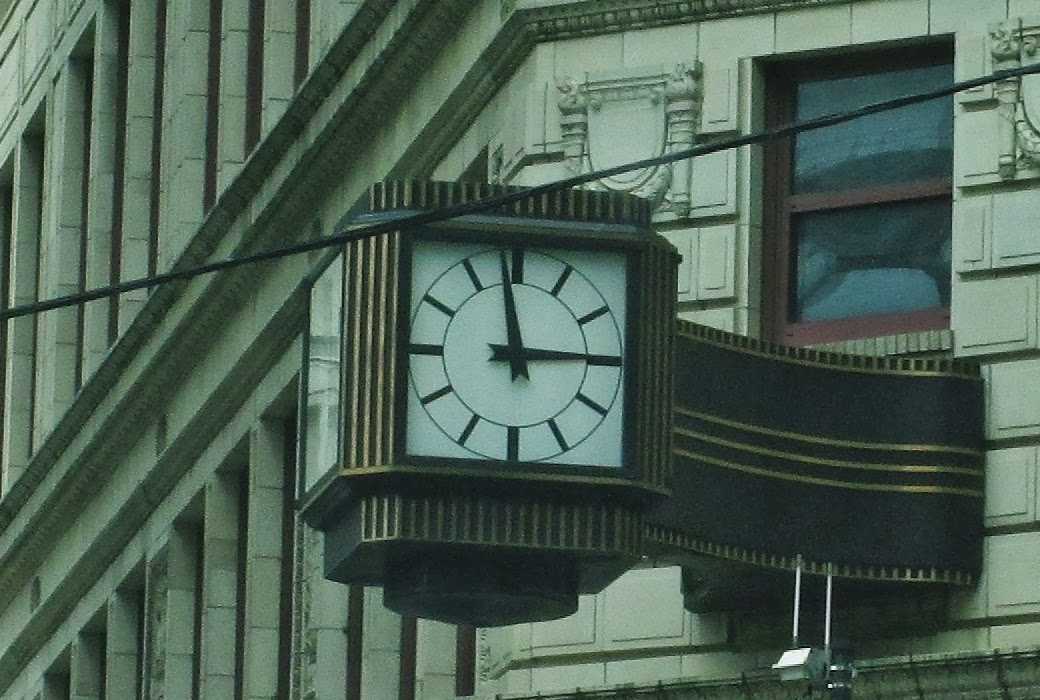 Business managers' conscientious objection to the HHS mandate is the most important
thing transpiring in America's branch of the Catholic Church.  Think:  A person will be
granted conscientious objection status from the U.S. military, if he can't bring himself
to pointing a loaded gun at another human being.  Yet, a person objecting to pointing
the infamous "pill" in the direction of a newly conceived child is being forced, under
a costly penalty to violate his/her conscience.  This is a serious issue.  For those mana-
gers caught in the middle of this mandate, time has stopped for them . . . proverbially
speaking, of course.  They have been put on the spot, to say the least.

Concerning the mandate, know this:  The conscience is inviolable.  To use coercive
measures, in order to get someone to violate his conscience, is the act of violence.
Ironically, the measures to do so usually involve violence.  This is why the church
has had no lack of martyrs in its ranks.

For those unfamiliar with the United States, HHS stands for Health and Human Ser-
vices.  It's a part of the US President's power structure.  It's a department in the exec-
utive branch of the U.S. government.  At present, an HHS mandate requires business
owners and corporate managers throughout the territories and states of America to
fund for their employees artificial contraceptive devices.  This includes the infamous
pill which can work as an abortifacient up to a week after conception ... in preventing
the actualized egg from being implanted in the nutrition-supplying womb.

Keep in mind that, as soon as an egg is fertilized, it's no longer an egg, as far as concerns
its essence.  After all, in order for anything to develop and grow, it has to be alive in the
first place.  Thus, once activated, a human egg instantly becomes a human.

Being that there were 48 federal lawsuits contesting the constitutionality of the HHS
mandate, a compromise has been reached where religious institutions do NOT have to
be accessories in their employees obtaining artificial birth control devises and the pill
which simply prevents a newly conceived human from being implanted into his/her
mother's womb.  Business managers with consciences are not included.  Thus, there
are religious institutions which need to support back the private industry plaintiffs.
One way is known as the Amicus Brief.  You simply file you concerns on the matter,
in something that resembles a letter or a term paper.  In fact, such a brief slightly re-
sembles the typical judge's opinion ... somewhat.

Now, Hobby Lobby Inc is a bit of a contradiction in that it only objects to providing
the infamous pill to its employees.  All other things condemned in papal encyclical,
Humanae Vitae, will willingly be provided by that corporation's management.  Of
course, Hobby Lobby is known as the House that China Built, in that its manage-
ment has no conscience when it came to importing the merchandise made by ex-
ploited foreign workers.

Incidentally, it is true that nets where placed adjacent to the roofs of at least one labor
compound, in order to prevent further worker suicides.  None the less, there are other
corporations suing the federal government who are more concurrent with church teach-
ing on artificial/synthetic birth control.

The Catholic religion has always taught that it's a sin to accommodate a sin.  Thus, it's
a requirement, in the precepts of Catholicism, to decline to being an accessory to any
mortal sin.  Funding things condemned in the papal encyclical, Humanae Vitae, is for-
bidden in the Catholic religion.  Thus, it's a very serious matter to mandate a Catholic
business manager to violate his/her conscience, in matters of the Sin of Cooperation.
This is why there presently are federal lawsuits, seeking to have the HHS mandate
declared unconstitutional.  It entirely suppresses and negates the Catholic religion in
America.  It still IS a war cry against the Catholic Church, when Catholic managers
are required, under penalty, to provide that which is against the manager's conscience.

Religion does NOT merely exist inside a church, temple, mosque, meeting place, shrine,
or pagoda.  Religion is lived in a person's daily life.  For example, handing over Jews to
Nazi German soldiers was against a lot of religions' moral precepts.  It wasn't merely a
sin, if you did such a thing in a church, temple, meeting place, shrine, or pagoda.  The
same premise applies toward the HHS mandate.
from Patrick Pontillo on 1/17/2019