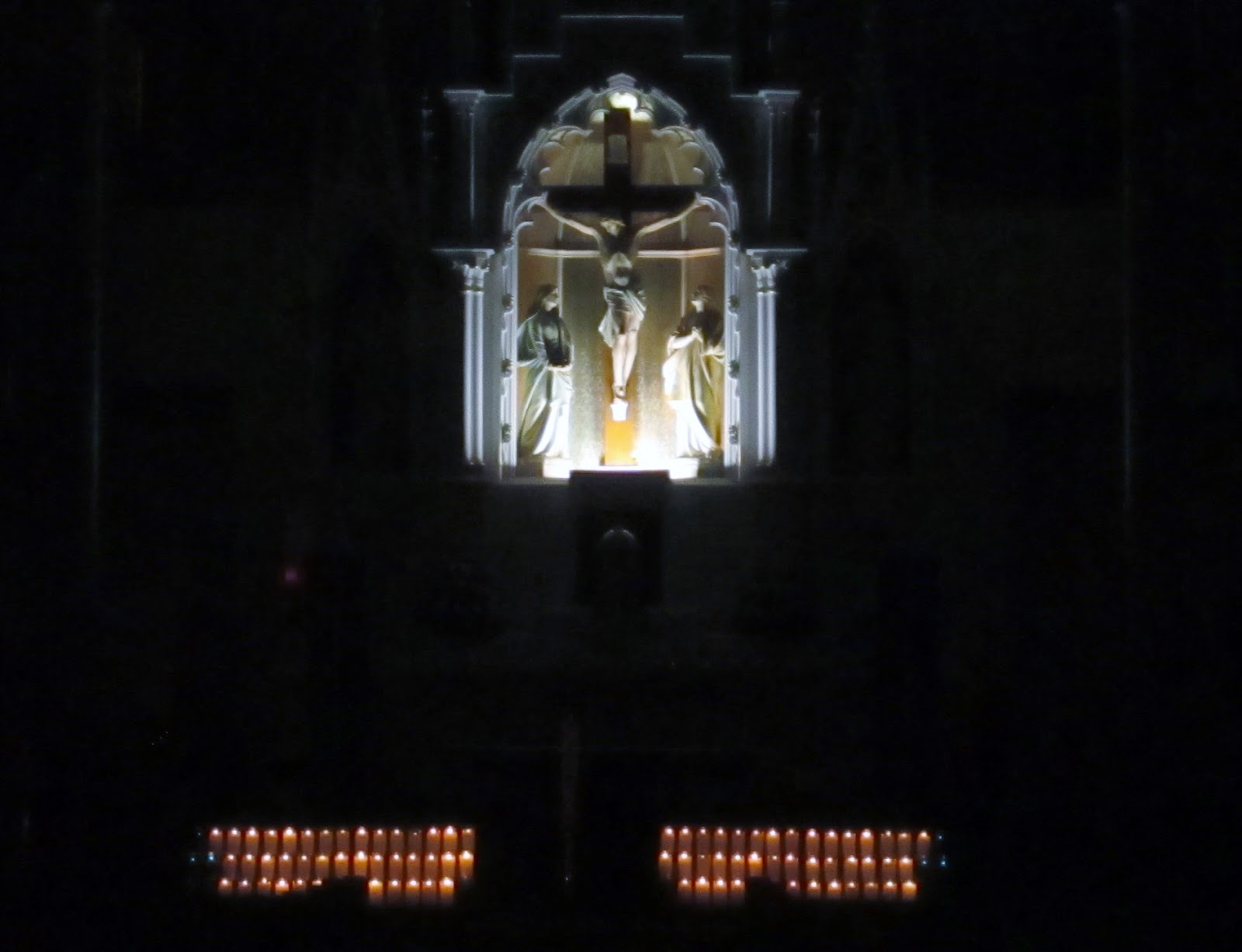 Perpetually hogging the speaker's spot, as well
as hogging circa $450,000 of a Roman Catholic
charity's annual income, in the name of defend-
ing the Faith, does far more harm to the image
of the Church than any antic of any enemy of
Church.   There is more to the Church than the
Bill Donohue whose face even resembles a pig.
Atheist Bill Maher once said in front of a TV camera that there is no such thing
as the Catholic League ... that there is only one guy . . .  Bingo.  Case Closed.
Furthermore, Donohue does not use prudence before speaking

Did you ever wonder why there is only one person going throughout the Unit-
ed States with gritted teeth, being presented as the sole voice of the Catholic
Anti-defamation League?   ANS:  $450,000+ per year, kept to himself which
explains the absence of charity in Bill Donohue's overly ornery approach.  In
as much, the corruption of our Catholic Church is even within the laity.  The
corruption has not been limited to Maciel, Sodano, Bertone, Wuerl, Mahoney,
McHugh, and company.

He has disfigured the image of Christ, by replicating it with the 1950s nun who
carried a ruler that stung many a school child.  He perhaps doesn't realize how
many potential converts he caused to be repelled from the Church.  He's more
of a one-man public relations disaster than a one-man league.  He' is, of course,
the anti-thesis of unity and teamwork, being that he hogs the money and spot-
light to himself.  He's merely a pig hogging the donation dollars sent by kind-
ly people.   He's the pigman.

Of course, Bill Donohue, the $450,000 Man, demanded that Bill Maher be sum-
marily fired.  This should be expected, being that Bill Maher has Donohue's pro-
verbial number.  This also shows that Donohue cannot handle Maher.

The other thing is that Donohue once called SNAP a fraud group.  Now, SNAP
stands for Survivors' Network of those Abused by Priests, and  I personally call
that group a Kangaroo Court.  But they are not complete shysters.  They simply
believe every person who claims to have been molested, when the truth is that
there are liars out there who have falsely accused a cleric here and a bishop
there.  I encountered a couple false accusers.

According to Donohue's actions, you are too stupid and incompetent to defend
the Faith of St. Peter, yourself.   So, you must step aside and let him do it only.
Yet, he has stated things that can make a reasonable person cringe.  Through
his actions, he is saying that Christ and the Holy Spirit are too incompetent to
give you the grace needed to defend the Faith, so he has to make up for the
slack in God's faulty character, by hoggubg  the spotlight every time, thereby
reating a monopoly throughout the studios of today's media.  Of course, this is
heresy, as well as blasphemy.  But, why should Donohue care, being that he is
at least smirking all the way to the bank?

In reality, Donohue entirely misses the initial essence of Catholicism, when
presenting it to those unfamiliar with it.  The explanation goes as follows:

The Moslem terrorists ... murderous entities that they are ... have the sole goal
of instilling fear in those who don't believe what they believe.  Well, Donohue
does the exact same thing.  Donohue seeks to intimidate and that is the exact
opposite of what angels and Christ did when introducing any element of the
Kingdom of God to mortal man.

Q:  In the ancient day, whenever introducing a revelation, what was the #1
thing spoken by the angels involved ... and even by Christ himself?

At the Annunciation, the archangel said, "Do not be afraid.  Rather rejoice,
oh highly favored daughter, because you have won favor with God"  At the
shepherds' field during the first Christmas, a choir of angels first said, "Do not
fear.  We bring tidings of great joy."  On the first Easter night, Christ said to
the apostles present in the upper room, "Do not be afraid.  It's only I."

Then, at La Salette France (in 1846) and at Fatima Portugal (1917), the Virgin
Mary said, "Do not be afraid.  I will not harm you."  All in all, Bill Donohue
tries to act like the jaws of death over those who don't bow to his beliefs.  He
has shown that he is clueless to the Way of Christ, and therefore, Donohue is
a stranger to Christ and his angels, as well as to Christ's own mother.

If you're going to shell out in the vicinity of $450,000 yearly dollars of charity
money to this guy who obviously doesn't know the meaning of the words fit-
ness and aestheticism, as well as meekness and self-control,  then demand a
better product.  Donohue is one of the reasons why people feel repelled from
the Church.   His effect was very much the opposite of Mother Theresa, and
Donohue is much more pampered than Mother Theresa was.

Dr. Donohue is not well versed in being a charming Latin gentleman, despite
the fact that he used to teach in Spanish Harlem.   He has a terrible bedside
manner.   He does teeth-gritted monologues, and he comes off  as a hick
with shotgun in hand, saying, "Git off my land, you revenuers."

In having come from the Latin culture, and in being a person in a very high
testosterone lifestyle of construction work, weightlifting, and things of a
more personal nature, I can assure that only a strong man can be gentle.
A weak man acting strong comes off as a clumsy bull in a china shop.

For those unfamiliar, I work in construction, in the estimating dept, in the legal
dept, and in field, with the occasional muscle sprains and bloody hands.  I was
even crushed between steel once.  I had to work in minus 30 degree wind chills,
and was caught in a trench-wall collapse up to my hips, during an Army Corps
of Engineers project.  And the one thing that I learned throughout all of the crisis
scenarios is to be flexible and to not snap back at people.  Donohue swings back,
as if he is a brawling school child from the Bronx.

I vividly know how mortal man is.  This is why the arrogance of a frail Rocco
Palmo and the in-your-face boisterousness of a physically formless Bill Dono-
hue makes me cringe.

How can you have an individual be presented as the voice of Catholicism when
he shows the opposite signs of Louis of Montfort's aestheticism?   How can you
present to the world as the model of Catholicism someone who shows himself to
have zero temperance and no self-denial which was the trademark of Catherine
of Siena,  Therese of Lisieux,  Anthony of Padua,  John Chrysostom,  John of
the Cross, John of God, and other true representatives of Catholicism?

When one hears Donohue speak, a reasonable person would do nothing but
cringe, especially in what Donohue would say about Jews.  There are those
of use, such as yours truly, who attended college in Florida and had for the
majority of friends Jews from Philly and New Jersey.  Donohue doesn't know
the Jewish mindset, to say the least.  He makes the rest of us Catholics look
oppressively mean-spirited.

If the people in the Church's positions of power & influence were so correct.
in their ways these days, we would not have had the mass exodus from the
Catholic Church that we had, and we would not be experiencing an even
more massive exodus from basic morals and human decency.  The bishops
of today are utter failures, and the Palmos & Donohues of this era have been
utterly ineffective.  In fact, they have been detrimental.

The other thing about Dr. Donohue is that he hogs the spotlight and does not
set forth a feeling of teamwork.   Yet,  he speaks for a church that is teamwork
in its nature.  He's the president of a league, but doesn't show that there is any
league around him.  He made himself a one-man show.  In fact, he has con-
structed a dictatorship within an organization founded during the days when
Catholics were even denied employment, on account of being Catholic.

Concerning this, a major difference between Bill Donohue and I is that he gets
paid for what he does, to the general tune of $450,000 yearly.   I never charge
anyone as much as a penny for my research and writings.  This included those
who requested my copyright privileges for their books and other publications,
as well as museum display cases and pirate websites.

I have zero respect for Donohue and Palmo, and I can state this without being
called envious, because I'm in the Million Hit Club, too.  ( 1,000,000+ page-
views, for those not familiar with American vernacular).  In fact, I have litera-
ture on the library shelves of Harvard, Northwestern U, Sweet Briar College
and elsewhere.  I don't merely write about one general subject, and I am cer-
tainly not obsessed with clerical vestments that resemble red Christmas gift
wrap.

All in all, the present Catholic Church needs a massive overhaul.  We can start
with Donohue, 450,000 times over.  Today's good ole boy cronyism must be
stopped.  You can put it to a stop by sending your donation money to a real
cause, instead of to Donohue, such as one that helps foreign sweatshop slave
laborers --- or the ecology of the earth --- or mothers without husbands --- or
the homeless --- those being persecuted overseas.  As some of you might per-
haps know, I was a promoter of the international charity known as Aid to the
Church in Need and two of Mrs. Randy Engel's charity,  However, I've pro-
moted other charities, such as the Cardinal Kung Foundation.  In as much ...

Give your money to Trappists and/or Carmelites and/or Carthusians and/or
Sisters of Charity, instead.  Use it for Mass stipends, and send it toward a
shrine.  After all, prayer accomplished more than a one-man show which is
mostly a money-grabbing racket.

Giving your money to a hog is entirely detrimental.  You and I can defend
the Faith ourselves.  If you can read this post, then you're not too mindless
to defend the Faith of Peter.

The Scorecard on the Catholic League which no longer operates as a league
goes as follows:

Quite frankly, you and/or I and/or many others can do a much better job than
Donohue at 1/4 the salary of Donohue.  In fact, I have being doing that job for
free, via this site and a couple another ones.  If you want to join in the cause,
know that my contact info is at my Google+ profile page.  At present, I'm in
Pittsburgh, near the Three Rivers Confluence.  I'm stationed at the most active
aquatic triplicity in the Western Hemisphere which put forth a notable number
of inventions and firsts for humanity.  At this point, think teamwork.  At this
point, think. 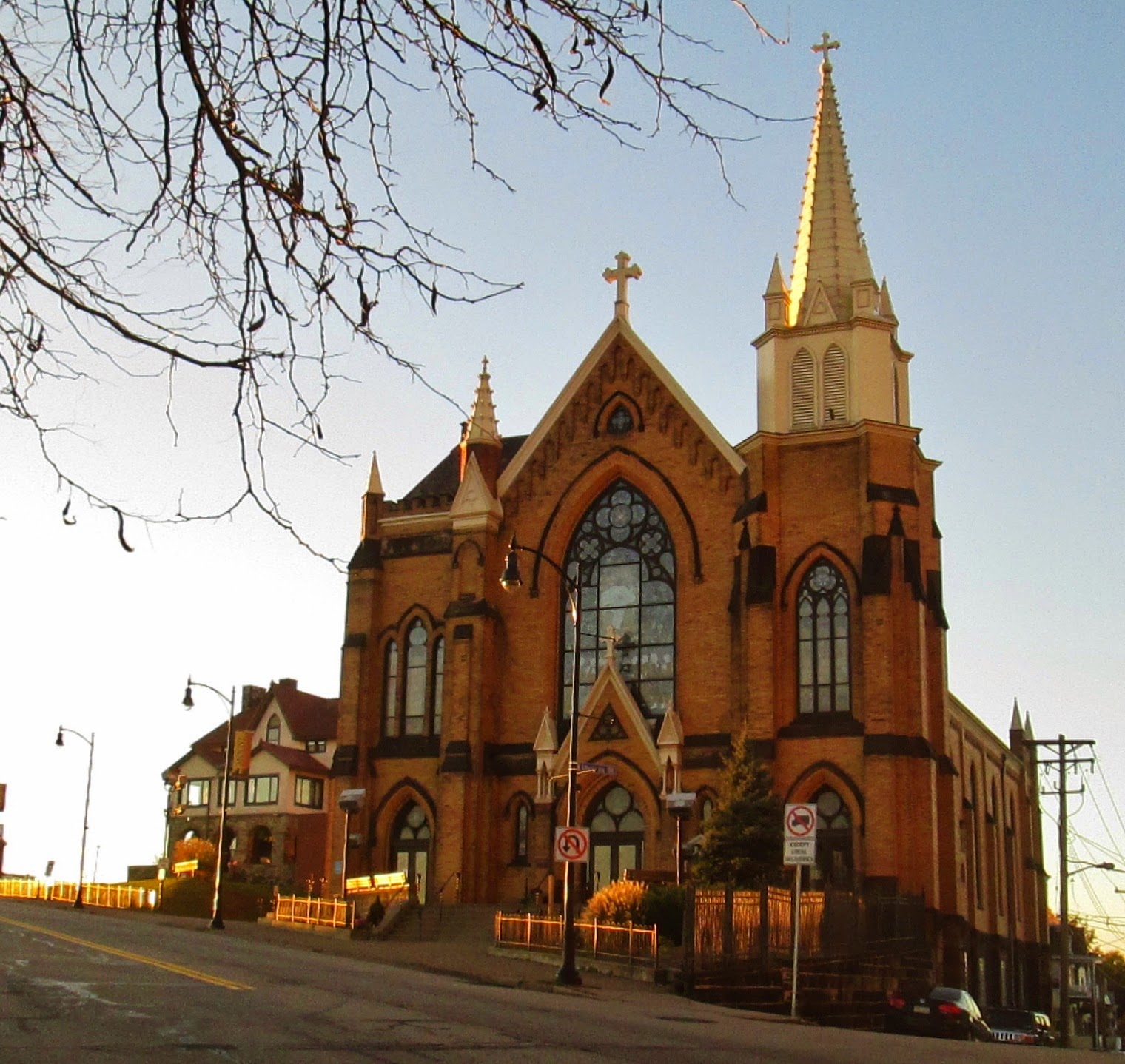