First comes an attraction to the mystical realm.  Without an infactu-
ation with the mystical, a person does not embrace the devout life.

Many a person draws to religion as a consolation, after having been
emotionally devastated.  Such a person is actually an open door, free
of snideness and the sense of vanity which can be seen amongst those
who treat the Church as a cosmetic company's product line..

Then comes the type of person who doesn't want to be someone's fool.
This is a person who doesn't mindlessly follow fads, such as the present
one which involves getting a glut of tatoos and piercings which distort
the natural contour of the human physique..  This is the type of person
doesn't run the sack-hopping STD route.  This person seeks intimidate
rapport, as opposed to the chaotic & anarchic orgy lifestyle.  Such
a person seeks the love of his/her life, and not a mindless party.  That
person seeks to feel fully alive, as opposed to spending a lifetime claw-
ing after cravings and lusts, as well as objects of his/her greed.

The foundation stone of the Devout Catholic Life is that of being
conscious and conscientious of the following truth:

To be without grace is to be without life.  Therefore,
the first objective in the Devout Catholic Life is to
cleanse, sharpen, and clarify your grace receptors.
Cleansing your senses makes you sensitive to grace,
as well as the presence of angels ... and demons.

The first objective in the Devout Catholic Life comes from
Saint Benedict of Nursia.  It's that of conquering your crav-
ings.  You are to own things and not have things own you. 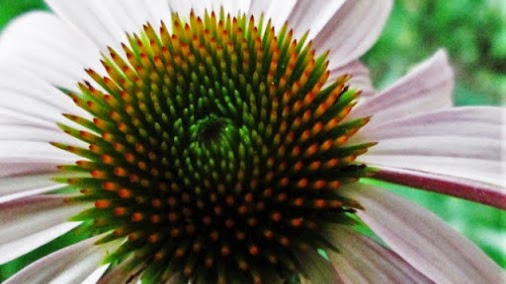 Without divine grace, you ... and I ... are incapable of committing any
good acts.  Therefore, nobody is ever "a good person" on his/her own.
In fact, if you see yourself as "a good person," as opposed to someone
with great aspirations, then you are an ornery person who doesn't want
to be bothered.  You're basically saying, "I'm good, now bug off."  If you
are this type of person, then you're a person who loves boredom.  More
specifically, your central vice is Indifference, aka apathy.  This is an ele-
ment of sloth.

Now, in order to get you to sin, the demons first have to tempt you into
sinning.  Grace is the opposite of temptation.  In as much, the Battle be-
tween Heaven and Hell is this:

One side of the battle sends you impulses and inspirations to do good.
The other side sends you temptations, in the quest to get you to do evil.
It's that simple, but the stakes are high--- Either an eternity of Heaven
or everlasting Hell.  Hell is known as the Second Death.  What makes
Heaven Heaven is the type of people there.  What makes Hell Hell is
the type of people there.

Incidentally, you never gain a person's conversion by "being an example."
If that person gets no grace of conversion, ten million good examples will
never succeed in getting him/her to convert.  One simple grace causes a
conversion.  Thus, if no one prays for the conversion of sinners who are
existing in the state of mortal sin ... or offer sacrifices for them, then no
one converts.

Prayer exists outside of time and space.  Thus, your conversion or your grace
to stay in the state of grace could have come from a prayer or sacrifice that will
not be performed until 20 years from now.  This is known as "foreseen merits." 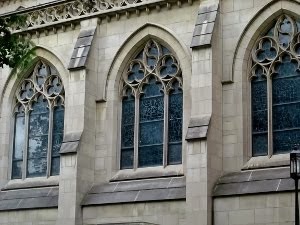 Grace is of the same realm as Mercy, and the fact that you .... and I ... are
not dead and in Hell is evidence that we are being carried by the Mercy of
God.

If you are not on the Road to Hell, then it's God's Mercy which appropriated
the grace that keeps off of the Road to Hell.  You ... and I ... can do nothing on
our own.  The Virgin Mary was sinless only by the Grace of God.

It's not you .... nor I .... who lives, wrote Saint Paul the Martyr.  Rather, it's he
who lives in us.  If  he is not living in us, then we are dead ... in as far as con-
cerns spiritual death.  When in the state of mortal sin, you are only living on
your animal instincts and/or motor coordinational reflexes and/or mathemat-
ical robotics.  In the spiritual realm, the spiritually dead are faceless.

This is in keeping with the great secret of holiness which Christ taught to
Saint Catherine of Siena through the gift of visions.  The secret was that
Catherine needed to regard as her foundation stone the following truth.

Jesus is.  Catherine is not. 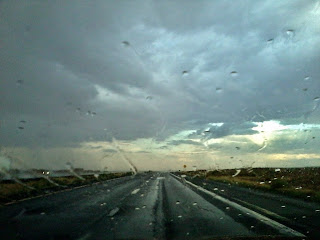 This is an era where the Faith of Saints Peter & Paul has been laid waste.
It's a time when tatooes replaced holy images, religious medals &; scapulars.
This means that you find yourself encountering person after person those who
say,  "Oh, I don't go to church, but I'm a good person."

The truth is that they're not.  They're selfish and lazy, as well as cold-heartedly
indifferent towards the sufferings of others, as they neglect to do needed good
works.  They only look to make themselves comfortable in live.  When put to
the test, they become clawing wild cats or lying manipulators.  They do not en-
dure hardship with dignity.

You can sin by means of what you neglect to do as much as in what you do.
All in all, when such a person says, "I'm a good person," he/she is actually say-
ing, "I'm comfortable and that makes me feel good."  They are not good persons.
They are feel-good persons.  If they don't feel good, then they make things bad
for you.

The foundation stone of Catholic doctrine goes as follows:

1} God created mankind and then became his own creation through the Virgin
Mary.  Note the word, Virgin.  That describes our belief in the  existence of
a woman who knew not man, yet who is the Mother of the Eternal God Who
Was Made Man in Time & Space.  Therefore, we believe that, with God, no-
thing is impossible.  Furthermore, in Catholicism, we recognize that things are
not what they appear to be, especially a consecrated host.  After all, shiny razor
blades no longer shine when they become bloody.

2} God became man, dwelt among us, and shared in our humanity, so that many
of us could share in God's divinity.  God became man, to save his people from
their sins.  The abyss of mercy is open for all to enter, but not all enter.  Those
who failed never entered the realm of mercy never had anyone pray for them
or to make sacrifices for them, so that they could convert from the state of
spiritual death.  Not praying for others guarantees a destroyed society,

3} Your destiny is determined by your prayer life.  If you do not ask for certain
graces, you do not get those certain graces.  Nothing is random.
from Patrick Pontillo on 1/09/2019