If John XXIII would have done the Collegial Consecration of Russia to the Immaculate Heart of Mary ... 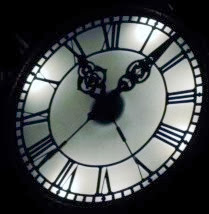 There would have been no Viet-
nam War, w/ 58,000 Americans
dying before their time.  There
would have been NO Argentine
Dirty War, NO Israeli/Egyptian
Wars. NO Afghan Invasions, NO
Colombian Conflict that endures
to this day,  NO Lebanese Civil
War,   NO Mexican drug wars,
NO Tiananmen Sqr Massacre,
NO Iran/Iraq War,  NO War
in Sri Lanka, NO ongoing
Philippine Civil Conflict,
No Desert Storm and No
Desert Shield, NO ISIS,
NO Clinton Machine, etc.

And there would have been NO sex abuse crisis comprising unconscionable
priests declaring war on adolescents.  Plus, the war on human life, otherwise
known as abortion and presented as a civil right, would never have occurred.

In fact, if John XXIII would have honored the requests of the Virgin Mary,
there would have been no assassination of  John F. Kennedy,  Dr. Martin
King,  Robert Kennedy,  and Lord Mountbatten.  Plus, there would have
been no mass killing at the 1972 Olympic Games and no hijacking of the
Achilles Lauro.  Etc, etc, etc. go the examples.

John XXIII could have spared humanity untold suffering and he refused to do so.
The fact that he died DURING the Second Vatican Council showed that he did
NOT have God's approval of it.  If God called him to commence Vatican II, God
would have seen to it that he finished what God had him begin.  That is a sign of
providence.
-----------------------
At Fatima, during her final apparition, Mary kept her promise and finally told the
shepherd children who she was.  Until then, she said that she was from Heaven and
that she would not hurt the children.  On October 13, 1917, she revealed her identity
as that of Our Lady of the Rosary.

Within moments  came the Miracle of the Sun which was proven to NOT have been
a mass hallucination, in that the clothes and carriage fabrics of all present suddenly
dried.  It was a rain-soaked day on a mud soaked field ... but not after the miracle
she promised to perform.  Then, she was seen at Fatima no longer. 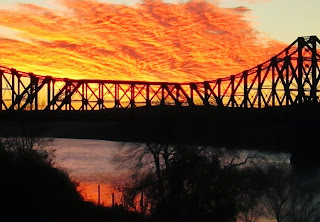 At the start of the Second Vatican Council, John XXIII  mocked Our Lady of the
Rosary, by dismissively insinuating that  the Fatima children were amongst those
prophets of doom who were stating that the end of humanity was near.  Yet, Our
Lady of the Rosary prophesied the coversion of Russia and world peace.  Such
a thing is the opposite of doom.  None the less, what John XXIII was actually
saying was that he did NOT accept the signs of the times.  All in all, instead of
opening the door to Grace and  the Celestial Court's saintly intervention, Pope
John XXIII instead attempted to be a political magician, in the effort to pull
rabbits out of his hat.

In 1960, when the Bishop of Leiria Portugal ... or the Patriarch of Lisbon ... was
to open the Third Secret of Fatima, John XXIII did so, instead.   He then refused
to make it public ... which negated the point in prophecy, per se.  He simply said
that the secret wasn't for his era.  Thus, in refusing to make the secret publicly
known, John was  saying that the Virgin Mary was an idiot who didn't know
what she was saying, in her express order (spoken to Lucia dos Santos) to wait
until 1960, before opening the secret.

In 1962, when all of the available bishops were in Rome ... at the commencement
of the Second Vatican Council ... John XXIII could have had them do the simple
act of consecration that Our Lady first asked to be performed in 1929, in Tuy
Spain, while the sole surviving Fatima children was convalescing.

Mary expressly said at Fatima that, if her requests were not granted, Russia, after
falling into error, would spread its errors throughout the world, raising up wars and
persecutions.  She also stated that the good will be martyred, the pope would suffer
much, and various nations will be annihilated.  This means that, if Pope John XXIII
would have done what Heaven requested him to get done, history would have been
entirely different.  After all, the valid collegial consecration = the Grace of World
Peace.  To not do the consecration is to guarantee the opposite of peace.  We have
seen the riots, revolutions, wars, strife, protests, lawsuits, political fights, etc.
Mankind is at mankind's throat.  Thus, no valid consecration ever occurred. 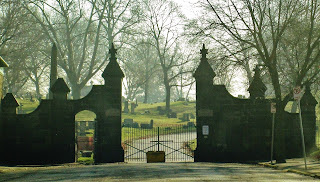 If John XXIII would have been mature enough to have accomplished the re-
quested collegial consecration of Russia to the Immaculate Heart of Mary:

- There would have been no Vietnam War and 58,000 Americans would not have
died before their time, not to mention the number of Viet Cong troops who also
died.

- In fact, if John XXIII would have ordered the bishops to do the consecration of
Russia in unity, John F. Kennedy would not have been assassinated and LBJ
would never have been the presideny with the power to send men to war.

If John XXIII would have gotten the collegial consecration of Russia to the
Immaculate Heart of Mary accomplished, then:

- There would NOT have been two Israeli/Egyptian Wars and NO oil embargo
would have been imposed upon the United States.

- There would have been NO Basque Conflict and NO Congo Crisis.

- No one would ever have heard of Yasser Arafat.

-There would have been no murder of Israeli athletes who were participants in
the 1972 Munich Olympic Games.

If John XXIII would have done what Our Lady long since requested:

- There would have been NO assassinations of  -Malcolm X,  -Dr Martin King,
-Senator Robert Kennedy.  and -Lord Mountbatten of the United Kingdom.

- There would not have been racial riots in America in the 1960s.

-  There would have been no Rhodesian Bush War,  Mozambique War of Inde-
pendence, no Columbian Conflict,  no Namibian War of Independence,  no
Nigerian Civil War, no repeated terrorist strikes from the Irish Republican
Army,  no ongoing war in the Philippines,  no Black September in Jordan in
1971,  no burning of the United States embassey in Islamabad,  no 27-year-
long Angolan War,  no 16-year-long Western Sahara War,  no 32-year-long
Insurgency in Laos,  no 8-year-long  Iran-Iraq War, and no seven-year-long
Argentinian Dirty War.

-  There would have been no Lebanese War, no Beirut bombings, no massacre at
the Shatila refugee camp in Lebanon, no Afghan Wars, no bombing of  Pan Am
Flight 103 over Lockerbie Scotland, no gas attacks against the Kurds in Iraq,  no
Rodney-King-LA Riot,  no Oklahoma City Bombing,  no USS Cole attack, no
NYC World Trade Center attack and all which followed.

John XXIII could have prevented all of this with a simply act of consecration
commanded upon all available bishops in the world.  He was arrogant enough
to claim that he had the way of saving the church from attrition and the world
from war.  Well, a tree is known by its fruits.  John XXIII legacy is that of
emptying church pews, an era of widespread sexual anarchy, advocacy of
sins against natures, as well as sins against the stewardship of the Earth,
otherwise known as sins againt Ecology, and more.

The weight of the carnage and the wreckage of wars he could have easily pre-
vented is heaped upon him.  Of course, the fad of canonizing all of the post-
conciliary popes of the Second Vatican Council is merely an added element
of the modern church's corruption, as was prophesied by Our Lady to a 17th
Century Ecuadorian Mother Superior.  If you glaze through a historical chart
of the church's popes, you will continuous decades of no pope being venerated,
beatified, or canonized.  You will see one beatified here and a couple canonized
there.  The canonization of back-to-back popes, in any string, was only during
the early days of the church, when popes were martyred at the hands of Roman
Imperial rule.

Vatican II is an absolute failure, being that adhereing to the Faith and Moral Code
of the Church is waning like a moon dissolving into darkness.  When a commander
is losing a battle, he MUST change his miltary strategy & tactics against the enemy,
as defeat is guaranteed.  The mortal enemies of the Church, namely those invisible
and bodiless intelligences known as demons, have been scoring well in their goal
to trick as much of humanity as possible into doing that which is a direct ticket to
Everlasting Hell.  Hell never ends.  Those entrusted with the keys of Saint Peter
need to clear there distorted senses.  They need to come to their senses.  At this
point in time, the Church needs to go to Plan B ... which is Our :Lady's Plan A.

It's amazing how these bishops think that they are greater than the Virgin Mary.

For info on the Fatima apparitions and controversies, see:

A speech, well enough done, by Attorney & former Freemason John Salza.
is posted directly below.  Now, keep in mind that there are a few thiings in
this educated gentleman's speech which I find in need of correction.  So, do
not think of me as a mindless follower ... of anyone.  Therefore, simply be-
cause I post a speaker's speech from YouTube.  It doesn't mean that I agree
with everything stated in the speech.

None the less, John comes up with observations that instinctively make me say,
"Why didn't I think of that?"  Plus, John provides added historic background and
fact that is really appreciated.  John is close enough to the target for you to spend
time hearing without wasting your time.  More often than not, he is on target.

Plus, there is John's intention for delivering his talks which one needs to take into
account, when making an assessment of John.  He's not a manipulative politician,
to say the least.  He really wants to defend the Faith and liberate the modern Church
from the wolves in shepherd's clothing lodged in high positions in a Church which
turned out to be exactly what was prophesied to be, by Our Lady, during her Quito
Ecuador apparition and in her Akita Japan locutions.

Moreover, John knows more about the masons than I do.  That's for sure.  So,
I've linked to one of his speeches here, as well as having linked to another one
of his YouTube speeches in one of my posts.

Incidentally, locutions are verbal visions.  You hear the voice of an angel, saint,
or Christ, but see nothing of a superrnatural and visionary nature.  In a locution,
you are given a reminder of the faith or an encouragement, if not an admonition.

https://www.youtube.com/watch?v=f3XWFvjacvQ&list=PLQebA91tbUbMQZjJqm6C63PTkfZYtDLal&index=8
from Patrick Pontillo on 2/01/2019