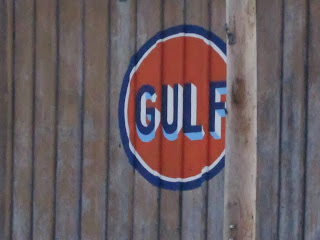 By now, you should know rural Protestant America's laundry list of accusations
against the ONLY church ... the ONLY religion ... ever instituted by Christ; and
so instituted via a Galilean Fisherman Peter, the other ten original apostles, and
the Saint Matthias who officially replaced Judas Iscariot.

The hee-haw country folk of the Born-again Christian heresy accused the Roman
Catholic Church of being the Whore of Babylon, while the Vicar of Christ is per-
petually accused of being the anti-Christ.  This has be ongoing since the days of
the admittedly constipated and flatulent Martin Luther who was known for his
temper tantrums and his written advocacy of having the German government go
into the homes of Jews and remove them from said homes, while seizing Jewish
assets.  Quite frankly, it's simply anti-Latin bigotry.  It's also a marketing ploy,
in the attempt to get the vast Catholic population to start going to Reverend
Jim-Bob's chapel and throw their tax-free collection basket dollars into Jim-
Bob's plates.  Quite deceitful, actually.

Let us acknowledge one damning allegation against the Roman Catholic Church,
as has been recently set forth by those who adhere to the heretical doctrine of the
Ana-Baptists of old:

Ladies & Gentlemen,  51% stock ownership, when it comes to massive
corporations, is never required.  In fact, the entity who owns the most shares
of BAC stock only owns 5.5% of Bank of America stock.  For those who read
poorly, that is pronounced Five-Point-Five Percent.  The entity is the Vanguard
Group, Inc.  The number of shares that it held, at last count, was 573,224,054.

The Jesuits are not even in the top ten list of stock holdings.   In fact, the top
ten stockholders only own 23.5% of B.A.C. stock.  So, the case is closed on
this accusation against the Jesuits.  As a result, you now get to see what liars
the Born-Againers repeatedly are.

Their accusations against the Roman Catholic Church is basically campaign
mudslinging.  The goal, as has been previously stated, is tax-free collection
basket dollars coming out of the wallets of Catholics, in the attempt to get us
Catholics to leave the only Church ever founded by Christ and join a religion
attached to slavery, cross-burning, lead-infested moonshine, lynching, and
the tobacco industry.

Quite frankly, the correct response to the Born-Again adherents is "Try Again."
They do NOT have it right, in their doctrine about God, Salvation, etc.  All
that they do is attract the lazy and market fear of the Catholic Church.


The lesson here is to NOT listen to the modern version of the Ana-Baptists.  In
the 1970s, they used to identify themselves as Born-Again Christians, as if to be
selling a new brand of religion.  Today, they call themselves "Christians," as if
they are the ultimate expression of Christianity.  As I have stated previously, they
violate several moral precepts stated in the New Testament of the Bible, as well
as the Old Testament.  Yet, they hold the Bible in higher esteem than anything
else.  They are merely lazy and very hypocritical, as is seen in them ignoring
entire parts of the Bible.

Quite frankly, they think that the Bible has a "loop-hole" in it that makes them
magically "saved," without being required to cease a life of mortal sin.  They
are deceived in believing that they are immune to Eternal Damnation after per-
forming an embarrassingly non-Biblical ritual that consists in a heretic saying
that he accepts Jesus as his/her Lord and Personal Savior.  In stating "personal,"
the heretic is expressing his/her animosity toward others ... towards their neigh-
bors ... toward the people under the Church steeple.

The Born-Again Christian heretic obsesses himself/herself with stating that he is
"saved" without observing any moral code and without performing a measure of
penance, and additionally without ever making restitution for sins against justice.
However, the miracle-worker Jesus of Nazareth was repeatedly quoted in the Gos-
pels as having habitually said, "Do that sin no more."  Christ also said, "If you do
not repent, you shall perish in the same manner."  He furthermore said, "There
will be wailing and the gnashing of teeth."  Add to this him stating, "It is not
those who say, Lord, Lord, who enter the Kingdom of Heaven; but only those
who do my Father's will."

Today's Vicar of Christ designated 2016 as the Year of Mercy.  This means that
the Mercy Theme will be accentuated in teachings, speeches, and homilies.  At
this point, the most important points to take to heart goes as follows:

1} There is such a thing as the Sin of Presumption, where one presumes that he/she
eternally possesses the mercy of God.  This is the vice-gripping sin of Born-Again
Christian Adherents.

2}  Those who do not perform some act of mercy in this life will NOT be granted
Divine Mercy upon entering into Eternity.  Born-Againers are arrogant in claiming
themselves to be saved ... forgiven of their sins.  It's an eternally fatal presumption.

And then comes their heresies about the Blessed Virgin Mary.  Those heresies,
alone, are enough to gain an eternity in Hell.  God doesn't admit liars into the
Kingdom.  After all, it is written, "No one unclean will enter."  They definitely
lied about the Jesuit Religious order's stock holdings.  So, you now can break
from your mind the hypnotic trance which makes the modern American world
assume that the Born-Again Heresy is the true voice of Christianity.  It is only
the true voice of liars. 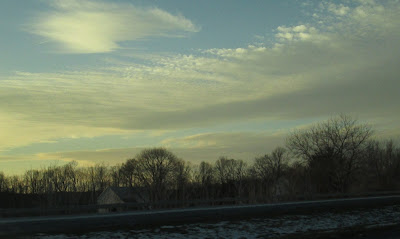