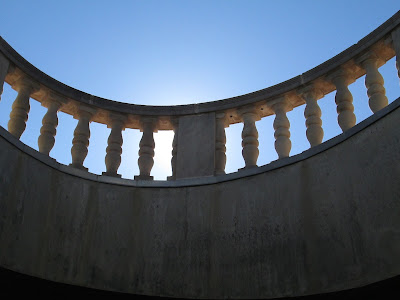 For those unaware, the horror story of the Spanish Inquisition came from one
source.  The source was the account of a Protestant who wrote under the pseud-
onym, Montanus.  It was written by an individual who claimed to be a former
prisoner of an Inquisition court.  Thus, it was a work of the most predictable
propaganda, written during a time when the violent & gluttonous Henry VIII
was being painted as a saintly champion of the Protestant Rebellion.

After all, Henry was the one who began British Protestantism on a nationwide
scale, simply because he didn't understand the science of the XY chromosome
and that the father's contribution to a child's conception determines the sexual
gender of his child.  This is why he asked the reigning pope at the time to grant
him a divorce.  This was bizarre, being that the Catholic Church taught from its
beginning in the 1st Century C.E. (or AD,) that marriage is as indissoluble as
the existence of children which come from marriage.  All in all, the era in
history known as the Protestant Reformation was one of the spreading of lies.

It was also a hypocrisy in amassing a propaganda campaign against Catholic
Spain, when, in England, being a Roman Catholic instantly gained for a citi-
zen the DEATH PENALTY.  Yes, Catholic were being made out to be mon-
sters while the British were literally killing them for things as harmless as
sewing priests' mass garments and teaching basic Catholic catechism.  In
fact, the British persecution of the Roman Catholic Church got so bad that.
in Ireland, Catholicism was literally taught in the hedges, and a catechism
teacher was called "a Hedge Master."  It was incredible hypocrisy, squared
and cubed.

Any reasonable person can recognize that a tale of super sensationalism is
probably false.  That would be one red flag of the Montanus Account.  The
other red flag in Montanus' horror story is that there 20 different inquisition
courts in Spain.  This means that, at the very least, this Montanus would have
only witnessed 5% (1/20) of the Spanish Inquisition.

In addition, there was no corroborative witness to support Montanus claims.
In the end, the release of the archive files of the Spanish Inquisition showed
the the horror story was an act of state-sponsored libel.

One more very important note:  The Spanish Inquisition only had jurisdiction
over Roman Catholics.  Its "inquisitors" could not summon to court any Jew,
Muslim, Albigensian, Ranter, or Protestant.  Now, the contents of the Secret
Archives of the Spanish Inquisition have been released, resulting in a docu-
mentary exonerating the men of the Inquisition by the BBC, in the land of
King Henry VIII, where being a Roman Catholic received the death penalty.

Take note that it was the BRITISH BROADCASTING COMPANY, and not
a Latin-Mass-Only cult, produced the documentary which exonerated the
men who operated the Spanish Inquisition.  This is the nation that began
the Protestant Reformation on a nationwide scale.  This was the nation
which disseminated the horror story of the Inquisition.  Now, it's the
nation which announced that the horror story was 99% myth, and
the opening of the Spanish Inquisition Archives is the source of
the BBC's findings.