The asthma-triggering fad of letting cars reek with gluttonous amounts of chemically laden fragrance products; two, four, and six of them in one car. 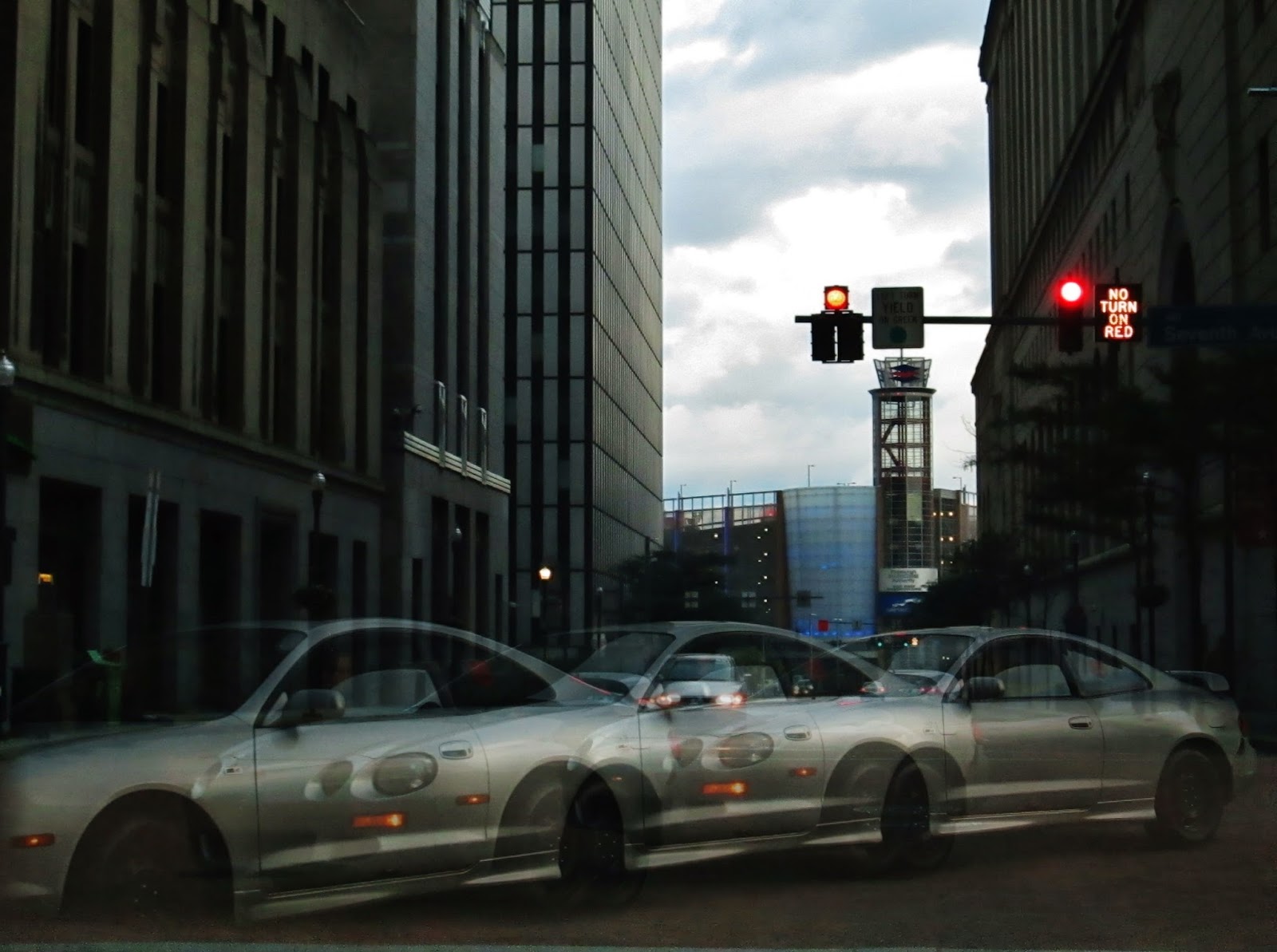 If you claim to be pro-life and the following information doesn't effect
you, then you're not pro-life.  When reading this, keep in mind that there
are between 21 to 25 million asthma sufferers in America, and a sizable
number are children ... children dependent upon adults being decent and
considerate to their respiratory tracts.

1} A very nice young lady who works at a store's deli section told me
that some cars today reek with such a gluttonous supply of synthetic
fragrance products that she literally was choked a few times, when in
the presence of those cars, such as at a red light or in a parking lot.

2} A female Bank of America employee said that she got overwhelmed
by the gaudy odors of the same type of vehicles ... those containing
two, four, six, and even seven chemically laden fragrance products.

3}  A very athletic young lady who has the physique of an Irish River
Dancer concurred, in that some cars today are noxiously repugnant,
due to the glut of synthetic fragrance products that either hang from
their rear view mirrors or are clipped on dashboard vents.

4} Her manager agreed.  In fact, both ladies responded with their eyes
wide open, in confirming that they, too, were overwhelmed by inor-
dinate amounts of synthetic fragrances that reek from today's cars..

5}  An aging cashier for a spacious health food store told me that the
artificial fragrance odors reeking from cars give her splitting head-
aches ... and she had to walk through a parking lot at least twice a
workday.

6}  A sporting goods cashier mentioned how Febreze clip-ons are the
worst things for her asthmatic respiratory tract.  She even stated
that she once detected from a distance an auto reeking with the
asthma-triggering smell of Febreze, with her husband as a wit-
ness to the event.  In fact, there were two Febreze clip-ons at-
tached to the dashboard.  Her radar was on track.

7} Concerning Febreze, a woman who communicated to me several
times, even during my 12,000 mile road trip, stated that Febreze
was her worst nightmare.

8} Yet another woman ... from the other side of America ... let me
know that, as soon as she removed Febreze from her home, her
symptoms vanished.  Febreze Air Effects was found to have 86
chemicals ingredients in it.

9} A gentleman who developed breathing difficulties and even had
surgery stated that the taste of Febreze lingered in his mouth for
an amount of time far longer than what decency permits.

10 Yet another gentleman concurs with all of those above, in having
had the experience of asthma being triggered while he was at many
a red light, motel room, and parking lot, due to the high levels of
chemically laden fragrance products reeking from autos.  He had
to leave motels and look for elsewhere to stay, on account of this.

11  A forty-four year old woman on Social Security disability stated
that she is tortured by automobile air fresheners, too.

Incidentally, for a reality check on Febreze, refer to the following:
http://www.bluemarblealbum.com/2014/01/febreze.html

When we were young, we were told to never overdo it with cologne.
Two dabs will do.  If you go any further, you'll reek and drive people
away from you.  Today, that rule of nature has been forgotten.  Yet,
there are far more asthmatics in the world today, some of which are
reactive to fragrance chemicals.  Even automobiles reek hideously
today, illustrating a generation of humanity entirely out of touch
with perception reality and proportionality ... of a generation en-
tirely inconsiderate to other people ... kind of like right winged
conservative Republicans:

When you're at a red light, in a parking lot, or in a traffic jam, while
driving a car or truck that has in it 2 to 4 to 6 chemically-laden fra-
grance products in it, and there.  If you're hiding the odor of illegal
substances that you smoke, by means of putting high levels of sick-
eningly sweet fragrance chemicals in your car, know that you're at-
tracting attention.  That's not how you hide things.

If this applies to you, know that the American Lung Association and
other organizations of trusted reputation publicly acknowledge that
"air fresheners" are asthma triggers.  This means that, if you have a
gluttonous amount of synthetic "air fresheners" in your car, your car
is an asthma attack waiting to happen to an asthmatic somewhere.
The person merely needs to be relatively near your car; not in it and
not beside it.

An anti-cigarette commercial explained it correctly, years ago

An anti-cigarette commercial, years ago, explained it properly, by re-
minding the viewers that the clothing in the closet of any cigarette
smoke reek with cigarette smoke.  The same applies to chemically-
laden fragrance products.  They are cigarettes with a wider reach-
ing delivery system, meaning that chemical fragrance odors travel
much further than cigarette smoke, because the smoke vs vapor/fume
factor.

The airspace in your car or truck is very small.  The glut of chemical
fragrance products in those vehicles don't achieve what you think they
do, because they reach a saturation point in your vehicle's cab, and the
rest the fragrance compounds leak out of the cab, making your vehicle
reek.  Your car isn't airtight.  If it were, you would suffocate in it.  The
scenario goes as follows:

Saturation Point ==> Leakage ==> a car that reeks ==> asthma attack
to any poor soul afflicted with asthma and stuck at a red light next to
(or behind) a reeking auto.

You're first response will be to say that you can do whatever you damn
please in your car.  ANS:  Not when it's invading an asthmatic's respira-
tory tract, suffocating that person, in his own car.  You're invading some-
one's personal space and injuring his health.  There is also the matter of
exposing gluttonous amounts of chemically-laden fragrance products to
children and small animals.  Remember:  The asthma rate is on the rise,
and has been so for years.

Why would you want to have your car smell like a child molester's
car, with a sugary sweet lollipop odor?

Some of your cars smell as if you are trying to attract children to your
car,  with the now-familiar sickeningly sweet smell encountered time
and time again.  Why would you want your car to smell like a molester
mobile?

Everyone needs air.
No one needs a gluttonous amount of chemical fragrance products.

Asthmatics have the inalienable right to be on State and Federal roadways.
Today, a person can't even sit at a red light without being assailed by one
or more cars that contain obnoxiously high levels of chemical fragrance
products.  This noxious fad began in the summer of 2012.

If you ever have had an asthmatic attack triggered while sitting at a red
light, day after day, you would understand.  Why do you insist on having
two, three, four, and even seven of  these things in your car?   Do you know
that chemicals in America do NOT have to be tested for safety, in order for
them to be marketed?

Putting four clip-on "air fresheners" on the dashboard of one car is chemi-
cal assault, via Saturation Point ==> Leakage ===> Reeking Auto.  This is
four times the recommended dose.  I literally witnessed the four clip-on ha-
bit, as much as I repeatedly witnessed up to seven pine tree fragrance pro-
ducts hanging from a single rear view mirror.  There were even automobile
fragrance products encountered by me this past summer on a hand grenade
template.  Each one was especially odorous, and thus, especially chemical.

These things are not air fresheners.  Nature is the air freshener ... not a
chemist's lab.  The other thing which helps one's auto is the heater and
air condition, due to their ability to dry the air in your vehicle's cab.  Dry
air stops the molding and mildewing.

Have not you heard of the "Trade Secret Law?"  If not, the following can
educate you.  However, if you are a person who does the seven pine tree
thing, the probability is that you are too lazy to read.  In fact, it's unlikely
that this is being read by anyone to whom it's addressed:

Triggering respiratory ills isn't the new cool.  Thus, when it comes to assault-
ing an asthmatic's respiratory tract with a reeking vehicle carrying two, four,
and even seven fragrance products, something needs to be understood:

1}  Nuisance Law.
2} Aggravating a pre-existing condition.
3} The Americans with Disabilities Act,
concerning those persons who have a right to be on a State road with-
out being suffocated by gaudy amounts of chemicals reeking from
cars that have far too many fragrance products in them.

Patrick Pontillo
Pittsburgh, United States
My sites are counterweights for a Disinformation Age overrun by manipulative liars. The objective is to be a catalyst in righting wrongs.