Quick Note about the Virgin of the Globe Statue

There was an inquiry as to the meaning of the serpent under the Virgin Mary's feet
in Catholic statuary.   It simply means that Our Lady is holding the Devil at bay.  It
means that she protects her children from the demonic world.   However, when it
comes time for her son to have his church punished for its unrepentant sins, Mary
simply lifts her foot and lets the Devil have his way with humanity.   Then, after the
repentance of her children, namely the members of the church, she steps on the in-
fernal serpent's head once again, holding it at bay.

The image of Mary crushing the serpent's head has one of its many origins traced to
the 1830 apparitions of Rue de Bac, in Paris, involving Vincentian novice Catherine
Labouré.   It refers to Genesis 3:15, the passage known as the Protoevangelium, aka
the First Gospel, which states: "I will put enmity between you and the woman;  be-
tween your offspring and hers.  You will strike for its heal and it will crush your
head."   Therefore, Genesis 3:15 is the image of Mary crushing the head of the an-
cient serpent.   Incidentally, the pronoun in the Hebrew verse was neither the male
nor female form --- neither he nor she.  It was the neuter form.

One of the Rue de Bac apparitions consisted in Mary having three rings on each of
her fingers, while varying rays of light emitted from most of them.   She told Cather-
ine that each ray represented graces that she dispenses on those who ask for them.
She also said that the gems from which no ray came were symbolic of those graces
for which people stopped asking. 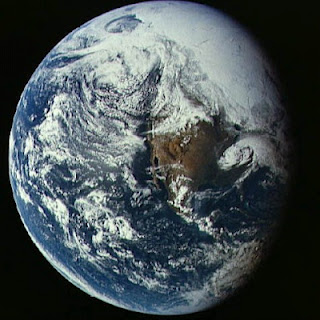 Now, Jesus said to Saint Gertrude the Great to not think that you can only ask for
small things.   He said that it is salutary to ask for great things.  Therefore, it is
noble to ask for cures to diseases declared incurable by high-priced medicine.
It's expected that you pray for the overthrow of those who gained power through injustices.
God and Our Lady needs the modern church to quit be a gathering of airheads
and pampered prisses.  There are intense outrages occurring on a mass scale.
Look and think:

1}Slave Labor, 2}Obscenely high medical costs which constitute theft, as in
the price of an aspirin at the hospital and the price that a physician charges by
looking at a patient's chart, as well as the price gouging done by Big Pharma.
3}Chemicals appearing in products that were never tested for safety and that
are medically known neurotoxins, asthma incitants, endocrine disruptors, etc.
The same chemicals then end up in water supplies, and ever so coincidentally,
hermaphrodite aquatic life was discovered in modern man's water supllies.
4}Exorbitant military spending,  5}The legalized adultery which is called
Divorce & Remarriage, as if humans are expendable.  6}The disregard for
the Christian Sabbath.  7+}Other evils which are not going to continue
much longer without God performing the Divine Intervention that re-
peatedly comes to mankind in intervals of time.  History repeats itself
like a circular clock.  History is as round as the Earth and moon.

Praying for great things is commendable, because there are great consequences
in life.  Human life isn't the joke that the abortion-obsessed and slave labor pro-
fiteers make it out to be.  In fact ...

It actually glorifies God when a person uses the mind God made for humanity,
and ask for answers to question which have perplexed people for centuries, in-
cluding question about faith, as well as the Bible.  Invfact, it offends God each
time a person states that we are just to believe what we are told to believe, and
that's the way it goes.  People who say this simply were too lazy learn the faith.
They were too self-centered to look beyond themselves to learn ... or to be pa-
tient enough for the answers and truths to come to him/her.  .

In order to enter Heaven, you need grace.  In order to receive grace, you need to
be merciful on earth in one way or another.  Plus, there comes a time in every
person's life, where being heroic is the task and not the option.  If a person isn't
merciful from time to time in life, as well as heroic in other occasions, then that
person will go to Hell.  The fact is that the merciless and anti-heroic are living
Hells to other people on earth, being that they only take take and take yet more,
as if to be a plague of locusts upon the land.

One person has to take all the women, and leave behind used merchandise for
the other guys.  Other one has to grab all the money.  Yet, another one has to be
in the spotlight, as if the only goal of humanity was to praise him/her.  Yet, an-
other one has to molest all the altar boys he can.  It's the world of narcissism,
greed, and predatory that prevails in this era.  In as much, there isn't time to
pray for small things.