The Effects of the Rosary 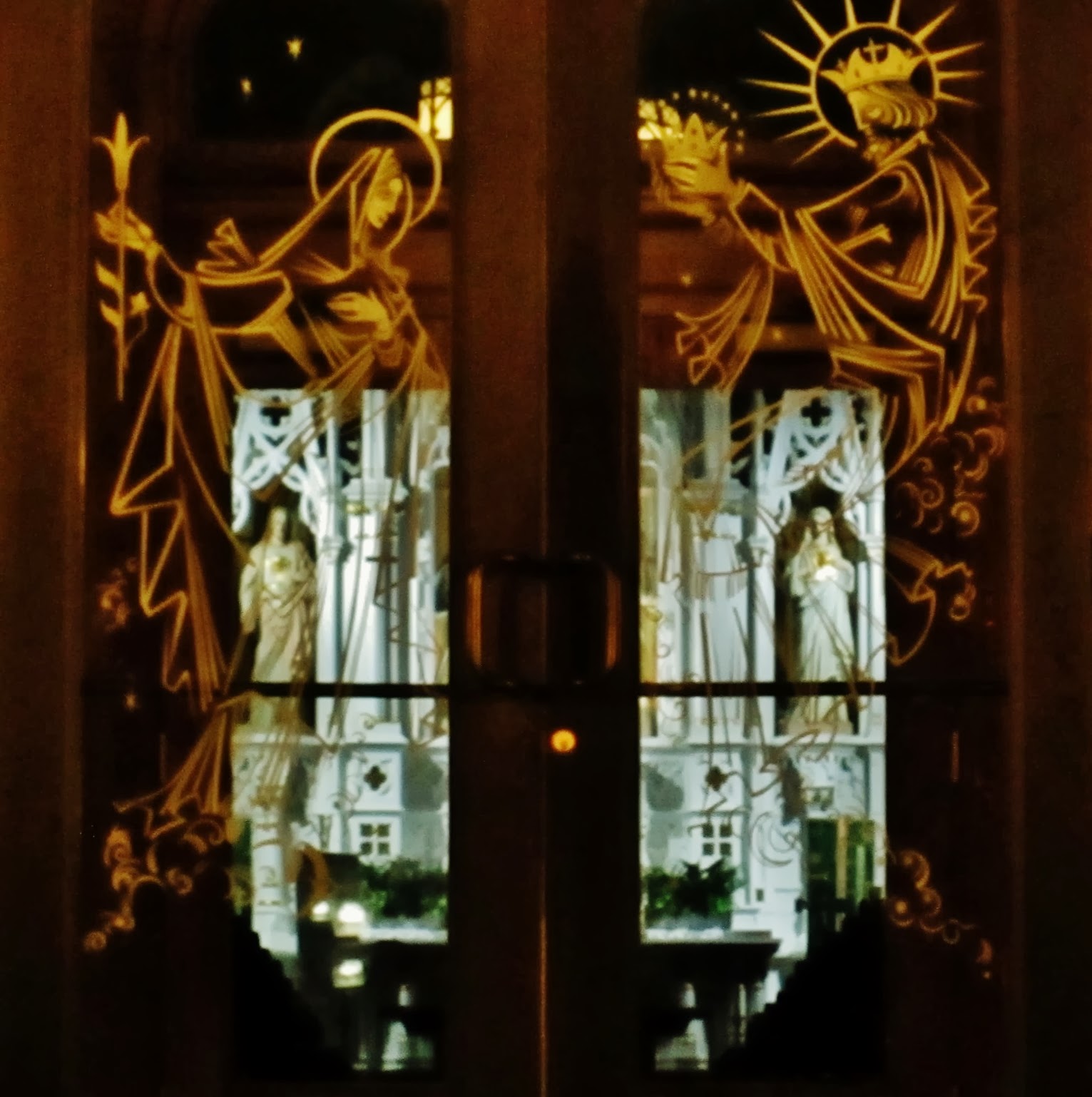 The Rosary is extremely personal.  It's neither
robotic nor a matter of rattling beads.   In fact,
you never have to use beads.  This is because
there is a radar to use when praying the Rosary.


The Rosary is a very personable devotion.  This is because Our Lady appropriates
her presence to the person praying the Rosary, provided that the person is engaged
in the heart of the Rosary prayer.  The heart of the Rosary is that of meditating on
the life, death, and glory of Christ which happens to involve the Virgin Mary.  Af-
ter all, she was there at his conception, at his birth, when he was found with the
doctors of temple, at his crucifixion, at his ascension into Heaven, and during the
Pentecost, as well as when he was being consecrated as an infant at the Temple.

These are simply events in the life of Jesus and/or Mary.  They are the milestones
in the mystery of salvation, done in time and space, on this earth.  In as much, the
Rosary consists in remembering, in pondering ... in realizing ... in believing ... in
contemplating on those events,   Rosary devotion creates close distance friendship
between Mary and the devotee.

The Rosary, at the beginning can be a workout.  However, due to the fact that Our
Lady, and not some non-existent cosmic force, is actively involved, a beginning
will usually get graces of illumination when initially praying the Rosary.  Howev-
er, eventually will come what is called the "Dry Period."  That is simply the time
span when God lets you create space for added grace within your soul.  This phrase
is equivalent to preparing a house for moving into it.  It's during that time when you
are a space capsule trying to connect to the lunar module, in order to get back home.

1} lift weights, 2} run faster than a snail's pace, 3} do callisthenics, including those
grass drills we did in pre-football-camp training, 4} engage in vigorous ice skating,
5} gymnastic training.  Do the workouts where the phrase, "No Pain, No Gain" is
applicable.  You would be surprised  how sensitive with rapid cognisance you be-
come when combining physical exertion training with the Rosary or any Rosary-
like devotion.  The blood circulates well, and the body's contour chisels-out to
a measure of attractability which sometimes can lead to trouble, if you're not in
control of your senses and someone else is not in control of hers/his.

The mysteries of the Rosary are differentiated into Joyous, Sorrowful, Illumina-
tive, and Glorious.
A person begins meditating on a mystery of salvation by praying an Our Father,
followed by Angelic Salutations, otherwise known as Hail Marys.  At the end
of each mystery meditation, one prays the following:

My Jesus, forgive us our sins and save us from the Fires of Hell.  Lead all souls
to Heaven, especially those most in need of your mercy.

If you are praying the vocal prayers of the Rosary at speed where your attention
are on the vocals, yet are not meditating on any mystery of the Rosary, you are
still praying, but you are not delving into the realm of Mary and the holy angels,
assimilating their characteristics, their cognition of things, and their attributes.

The Rosary shows that religion is the response to actual events which changed
lives.  It is NOT a societal concensus that evolved through the years.  The Re-
surrection of Christ is what made Catholicism, and not a ritualistic adaptation
to Roman culture.  This is especially the case in light of the fact that Catholi-
cism began in the Middle East ... not in Rom\e.  The papacy was in Antioch.
In fact, Saint Ignatius of Antioch first called the church of Christ the Catholic
Church in the Year 100.  He would be martyred in Rome in 117 AD.  Martyrs
were slowly conquering Rome.  Rome was not conquering the church.

There are twenty designated mysteries of the Rosary in all.  Before John Paul II,
there were fifteen.  He added the Illuminative Mysteries and they make for valid
meditations.  All in all, there are the Joyous Mysteries, the Illuminative ones, the
Sorrowful Mysteries, and the Glorious ones. 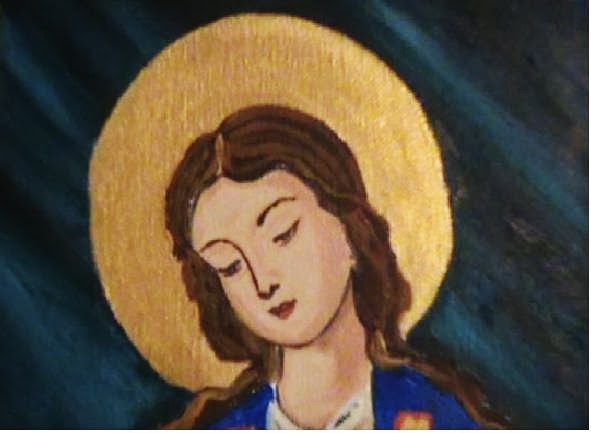 The Experience of the Rosary

When the presence of Mary descends toward your presence, you can sense caring
on her part.  In tormenting times, you can feel a sense of rescue.  All in all, her pre-
sence is allegorically likened to a heavily embodied stratosphere that comes to you,
and in the process, you fit into this stratosphere as if you were a lost jigsaw puzzle
piece, being fitted into a picture.

The effects of the Rosary includes the instantaneous ability to differentiate illusions
from reality ... the demonic from the angelic .. and mean-spiritedness from strength.
The Rosary quickly teaches how easy it is to be deceived when you don't have a
prayer life.

Friendliness is an essential aspect of Mary's presence.  Thus, it is a mistake to think
of Mary as an intimidating Wizard of Oz who says, "Who dares to approach me?"
Mary is exactly the opposite.  In fact, being in her presence gives one the feeling of
being with a long lost friend who returned to you.  In conclusion, Mary's presence is
the opposite of an 18th Century princess riding a carriage amongst the trappings of
pompous pageantry.  Mary doesn't need pageantry.  Her jewels are the graces of the
Holy Spirit that she mystically dispenses to her fellow humans.  She is the master
link in the final command that Christ will have ever given humanity:  that of loving
one another as he has loved us.  Mary is the master link in fulfilling the command-
ment to love-one-another.

You learn axioms through the Rosary, because praying it realigns your senses into the
correct perspective.  This lets you realize things instinctively.  For example, you learn
through the Rosary that strength comes through endurance, as opposed to huffing and
puffing oneself into a muscle-flexing hype.  You learn that strength consists in being
able to get things done gently, lest you end up being a destructive bull in a china shop.
Even in construction, there are stages where you have to be gentle with a structure,
lest it go tumbling down.  Through the Rosary, you learn that gentleness is power
and not weakness. 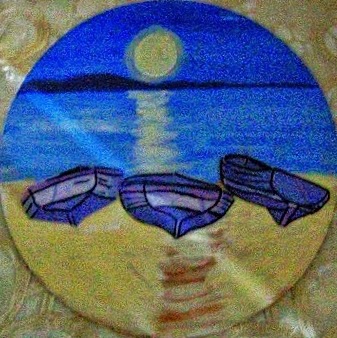 It helps you to perceive presences

This pertains to the spiritual presences of the persons commemorated in your Rosary
meditations.  This includes, the Angel Gabriel, Saint Elizabeth, John the Baptist, the
shepherds of Christmas, the angels on the shepherd's field, Simeon, the prophetess
Anna, Saint Peter, Saint John the Evangelist, Mary Magdalene, the Roman soldier
who pierced the side of Christ, St Thomas, the two disciples whom Christ encoun-
tered on the Road to Emmaus, all of the disciples present at the disciples present at
Christ's Ascension, all of those present in the Cenacle one Pentecost Sunday, God
the Father individually, God the Son individually, God the Holy Spirit individually,
and the Holy Trinity as as inseparable unity.

Long ago, Mary stated to Alan of La Roche, "One day, through the Scapular and the
Rosary, I will save the world."  You can include this to mean Rosary-like devotions, as
well.  Such devotions include the Seven Sorrows and Joys of Saint Joseph, and devotion
to the Seven Sorrows of Mary.  This consists in meditating on the events which made the
spiritual world never the same again . . . and in reliving the experience of the Archangel
Gabriel, when he said, "Hail, full of grace, the Lord is with you."

The world is in dire need of people praying the Rosary and thereby bringing peace to
where peace is absent, especially peace in the hearts of those whose lies and injustices
cause so much suffering to others.

You possess the key to unlock Mary's ability to save the world.  The Rosary is Key #1.
Meanwhile, the Carmelite Scapular is Key #2.  The brown scapular is a devotional ex-
tension of the Cloak of Elijah.  Elijah is the one attributed with founding the Carmelite
Way, and even Carmelite religious order.