Envy is why a 1/3 of the angels rebelled and targeted humanity for eternal destruction. 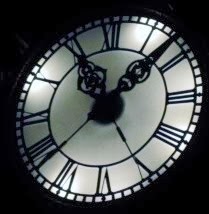 Author's Preliminary Note:   The prime
reference of the following text is a teach-
ing of the early church martyr, St Ignatius
of Antioch.  A concurrence of this text
comes from 18th Century Dominican
priest, St. Louis of Montfort.  It was
St. Ignatius, in the Year 100, who
coined the title, Catholic Church.

The title commonly used to define the only church that Jesus Christ ever
founded is not a Medieval invention.  The title traces itself to the original
apostles, their immediate successors, and the early church fathers.  As far
as concerns Louis of Montfort, he accentuated the phenomenon where the
Archangel Gabriel was actually making reparation for the Sin of Satan, on
behalf of all the angels, by saluting Mary the way in which Gabriel saluted
her.

Before time began, it was resolved in the mind of God that there would be be-
ings created with intellect and free will.  There would be two general species
created, so that one species would compliment the other one.  It was simultan-
eously resolved that the created beings would possess everlasting existence.
Now, before the creation of time, space, and physical matter, there was the
creation of beings of pure spirit.  This was the first species created in the
image and likeness of God.

These were beautifully created people with extreme agility and talent.  None
the less, a problem was presented by these creatures' existence.  They were
made to exist forever, but each one had to show commitment to the creator,
in order for each one to exist in a state of everlasting of life.  Within the
commitment would be expressions of gratitude and charity.  This was im-
portant, because the alternative for any spirit not transacting in gratitude
and charity was everlasting death.

God was already pure spirit and had no desire to be redundant in becoming a
member of a species which was also pure spirit.  God was going to become
man.   In God's will to become man, there was the matter of providing for a
mother.   Being that God would need a mother, one specific woman, yet to
come, was chosen to be the mother of God.  This woman was the central fo-
cal point of God's will.

This woman was the spirits' test, in order to enable them to show fidelity to
God.  All spirits who would be overcome with a sense of delight and/or won-
der and/or compassion over the idea that God would become a member of a
new and foreign creation will have proven their commitment to, and therefore
charity toward, God.  They would have also shown their assent to honoring the
woman destined to be the mother of God.  They would then become instantan-
eously glorified and endowed with eternal life.

Among the spirits was an exceptionally gifted one of great beauty.   His name
was Light Bearer.   This can be translated into the name, Lucifer.   Lucifer re-
garded his species of creation as the most magnificent thing that anyone could
image.   In fact, Lucifer considered his species to be so magnificent that it would
only be right for God to want to become a member of it  ....  so thought Lucifer.

All that Lucifer had to do was be compassionately moved over the idea of a for-
eign species coming into existence which would include the woman destined to
be the mother of God.  Lucifer did nothing other than become envious over God
wanting to be made human instead of being made spirit all over again.  He simul-
taneously became filled with a seething hatred over the woman destined to come.

Lucifer resolved to rise to glory on his own power.   In sequence, he began a
rebellion within the spirit world, in the attempt to overthrow the Will of God.
However, within the spirit world was another spirit who also was exceptionally
gifted.  His conclusion was a rhetorical question by which he stated, "Who is
like the Lord?"   Translated into Hebrew, "Who is like the Lord" is mi cha el.
The mi cha el spirit made a stance to defend the Heaven which God had cre-
ated.   Other spirits joined him.   This resulted in the first and only World War
of the spirit world.

The result of that war was that the army of the mi-cha-el spirit won.   In fact, the
result of the spirit war is summarized in the words of Jesus of Nazareth when he
said, "I saw Satan fall from Heaven like a bolt of lightning."

Lucifer, the magnificent creation who comprises pure spirit, had now became the
impure spirit.   A third of the spirit world did also.  In sequence, his lightning style
expulsion from Heaven resulted in of all the lights going out in him who was once
called Light Bearer.   He then became the Prince of Darkness.   The spirit capable
of doing great good had now become the Evil One.  He had now become the Devil.


Equal to the former beauty of the Prince of Darkness was his hatred for mankind ...
... even before mankind was created.   No sooner was mankind created than was
the Devil scheming to destroy it.   He started by targeting the first generation
woman whom God created as a gift to the first generation man.

The Devil, symbolically referred to as the ancient serpent, set off to target the
first generation woman.   His quest was to trick her into committing spiritual
suicide.   He figured that,  if he could get mankind to sin,  then God would dis-
own humanity and destroy it.   The Devil would then prevail in his hatred of
mankind, he thought.   This meant that he would never have to see the lady
chosen to one day come into existence and be the mother of God Incarnate.

Now, whatever the exact act was, know that the original sin is something that
can never be done again.   The sin could only be committed while in the pre-
ternatural state;  in the state of man before the original sin rendered him in the
state of vulnerability and mortality.   The eating of the forbidden fruit was sym-
bolic of partaking in something already produced through the knowledge of
good and evil.   The woman was deceived into thinking that she was being
given the path to everlasting life.   She was told that God was an envious liar
who was deliberately keeping her away from glory.

The man for whom the woman was created partook in her sin solely out of a
sense of peer pressure.   He wanted to please his mate.   In addition, mention
that they saw themselves naked, after having committed the original sin, was
symbolic that they had realized that they were stripped of grace.

When God intervened, after mankind's fall from grace, guarantee was made
that there would be an enmity between the offspring of the woman and the
diabolical serpent;  that the offspring would crush his head when he would
strike for the offspring's heal.   The very act that the Evil One orchestrated,
in the hope of having mankind destroyed, assured that mankind would have
a savior.   It would now be guaranteed that the woman destined to be the
mother of God would come into existence.    The Devil couldn't thwart the
Will of God.

Take note on how the symbolic image of serpent accentuates the reality of
crushing the Evil One's head.   Thus, the intercepting of the serpent, when the
serpent lunged to inject deadly venom, is the operative image upon which to
reflect.   Holding down the serpent's head is symbolic of keeping evil at bay;
of keeping evil constrained.

The Ensuing State of Affairs

In all the spiritual world there is only one enmity;  one battle line.   It is between
the woman chosen to be the mother of God and the Devil.   To say that the great
enmity is between God and the Devil is to make the Devil an equal of God.   God
is infinite and incomparable.   The Devil is finite and he fools himself.   The apo-
calyptic enmity is between the Mother of God Incarnate and the Devil.   In fact,
she is also the Queen of Angels, meaning that she influences the actions and re-
solutions of those spirits who were created before she was.

The pertinence to this is that the Devil is the first person to commit blasphemy
against the woman destined to blossom with immaculate love for God.   Such a
thing is defamation.   In refusing to honor this woman, the Devil committed a sin
against God which required reparation.   That reparation would be made one day
by a spirit named Gabriel when he would say before the destined woman, "Hail,
full of grace.   The Lord is with You.   You are the most blessed among all
women."   The Archangel Gabriel is the Angel of Reparation.   The act of re-
paration made by Gabriel became the foundation stone of the New Testament.