October 13, 1917 Miracle of the Sun: The, instantaneous drying of a soaked land and the multitude upon it. 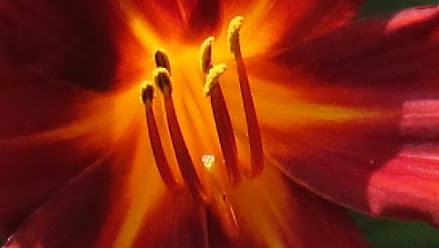 The avowed skeptic claims the following, about the October 13, 1917 Fatima Mir-
acle of the Sun:  That it was a mass hallucination, simultaneously imagined by tens
of thousands of people who were under a mass hysteric trance.  Stop There.  The
invalidating feature of this claim goes as follows:

As soon as the sun stopped its descent toward Earth and returned to its proper place
in the sky, all of the rain-drenched terrain and soaked people were instantaneously
dry.  That was NO hallucination.  Case Closed.  The Fatima nay-sayers are either
avowed liars or too lazy to learn of the entire account of October 13, 1917.

The major technique in claiming Fatima to be a fraud was to claim that Lucia didn't
write her secrets until after WWII began.   This is why the disclosure of the spoken
words of Mary attached to the Third Secret of Fatima are essential, so as to show
what events beyond the Year 1945 were prophesied.  None the less, the following
points show that the skeptics either never read Fatima or are deliberately lying, ev-
en if the Vatican hides the 14 line text of the Third Secret of Fatima until the day it
comes true:

Thousands upon thousands of people show up at Fatima in October 1917.
Ever so coincidentally, 25 days later Lenin ignited the Bolshevik Revolution.
That was less than a month of time.   The time line coincidence is compelling.

Jacinta kept mentioning that Our Lady would soon take her to Heaven.   In fact,
Francesco said that going to school was pointless, being that he was going to die
soon.  Both children died shortly thereafter, during the influenza pandemic that
wasn't in existence during the Fatima apparitions of 1917.   It was known as the
1918 Influenza Pandemic ... not the 1917 one.  No one knew that a pandemic
was about to come upon Europe.

Then there is the matter of the January 25, 1938 event.   Lucia stated that, at Fatima,
Mary said, "When you see a night illuminated by an unknown light, know that it is
a sign that the world will soon be punished by means of war."  The unknown light
occurred on January 25, 1938.  It ever so coincidentally was the memorial of St Paul's
Conversion, commemorating the time when, on the road to Damascus, he was strick-
en by a blinding light which tossed him from his horse.   The coincidence is deafen-
ing.  Shortly thereafter, Germany annexed Austria.  Such a thing constitutes hostile
takeover.   In light of this, to deny the validity of the Fatima apparitions is to be a
deliberate liar who simply wants Fatima to have not occurred.