In response to the claim that the Catholic Church hid the Bible from humanity and ignores it in its doctrine: 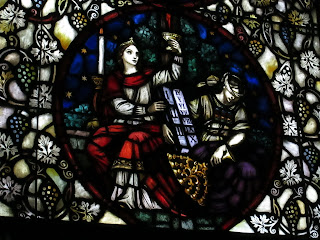 A broken electrical line sends zero electricity to its needed destination.
A broken line that separates the people from the 2,000 year old line of
apostolic succession is the same type of dead line.  In fact, it's arrogant
to claim that God personally commissioned you to suddenly start your
own church 2,000 years after the original apostles started Christianity.

To make such a claim is to claim yourself greater than all of the original
apostles.  You're saying that the Church they started was worthless.  With-
out the apostolic succession that dates back to Day 1 of Christianity, name-
ly Pentecost Sunday, there is neither truth nor sacramental grace nor any
form of salvation.  There's only a lie that gets unfolded at death.

Life is simple.  Only impostors make it confusing.  Let us continue: 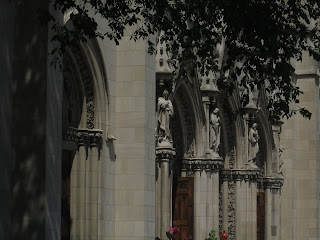 It's the same old American ... and also from the nether regions of the human
mind ... squeal out that the "Papist Church" was the great oppressor who hid
the Bible from all humanity, never applying the Bible to Church doctrine.

To those people, Rome was seen as a hostile foreign entity.  That is to say,
anti-Catholicism is largely anti-Italianism.

Now, concerning the claim that Catholics have nothing to do with the Bible, and
that the Catholic Church oppressively hid the Bible from humanity, take note:

The Bible was and is recited daily and repeatedly throughout the Catholic Church,
during:

. . . as well as two times at weekday Mass and three times at Sunday Mass. 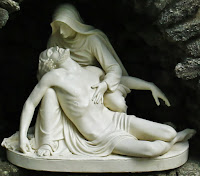 News Flash:  The official prayer of the Roman Catholic (and not the papist)
Church is the Office ... the Liturgy of Hours.  Monasteries have to pray it at
least five times a day.  All priests are to pray the Office daily.  Thus, the 150
Psalms, as well as the Book of Proverbs, etc. are the major source of prayer
in the Catholic Church.

The Catholic Church doesn't ignore the Bible, and it did NOT hide the Bible
from the Europeans of the Middle Ages or Renaissance Era.  The Catholic
Church is far more Biblical in its orientation than that of Anglo American
Protestantism.  After all, Protestantism ignores the fact that Christ said that
he who "puts away his wife and takes on another one commits adultery."
It also ignores, "Faith without good works is dead faith."  BOTH things
are graphically stated in the Bible.

The aforementioned is merely a brief example of how Protestantism has
regularly ignored Biblical passages throughout the ages.

Incidentally, Protestant denominations of the darker regions of Anglo America
call church railings something that they're not.  They call them altars.  What they
call "an altar call" is merely a walk to a railing.  Altars are for offering sacrifices.
Protestantism has no such concept of offering sacrifices.

In Protestantism, no altars exist and no priesthood vestments exist, outside of
the Anglican and Episcopalian denominations.  Only worldly business suits are
worn by high income-bearing TV figures who dress like bankers.  They are part
banker and part con artist, making up a religion that suits them ... pun intended.


Of course, some of the TV and radio preachers think that repulsively screaming
out Bible passages in a teeth-gritted fashion reflects a God who is gentle enough
to have created starlight, flowers, butterflies, humming birds, and streams.  This
means that when these types of TV and radio evangelists scream out their heresies
with Bible in hand, they blaspheme God twice over, disfiguring the face of the
God of Kindness.

Isaiah (or his disciples after his martyrdom) wrote that, when the Messiah comes
"not a crushed reed will he break, nor a fading wick will he extinguish.  The
Book of Isaiah illustrates the gentleness of God.

The more obnoxious versions of TV and radio evangelists present a false image
of God.  They cause people to hold animosity toward what they falsely assume is
Christianity.  Of course, Protestantism is a mockery of Christianity.

Q: What does Protestantism mean?   ANS:  It means to protest..
Q: Protest against what?        ANS:  To protest against the Catholic Church. 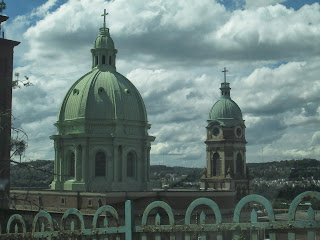 Once again, the Bible is recited daily in Catholicism during Mass, Matins,
Prime, Terce, None, Vespers, Compline, and during the Midnight Office,
as well as during the occasionally used Office of the Dead ... and "Typica.".

In addition, monks throughout the ages made handwritten copies of the Bible.
Now, if the Catholic Church wanted to hide the Bible, it would have ordered
monks to not make copies of it.

In fact, Pius XII granted a plenary indulgence at the Hour of Death to any per-
son who spends 15 minutes a day reading the Bible.  Of course, that person
needs to get absolution, if a priest is available.

First came the church headed by Saint Peter.  At the Last Supper the Apostles
became ordained priests.  Then came the baptizing of believers.  Then came the
ordaining of deacons.  Only thereafter came the Gospels of Luke, Matthew, Mark
and John, as well as the epistles of Jude, Peter, James, John, and Paul.  Thus, the
Sacraments supersede the Bible.  Without the sacraments ... or at least desire for
the sacraments, when such things aren't available ... there is no salvation.  Yet,
without the Bible, one doesn't understand the sacraments.

Eventually came a council of bishops which stated which texts constituted the
official Bible.  Thus, you first need a church to say what constitutes the Bible,
in the first place.  It's a sin of idolatry to claim that all revelation is limited to
the Bible, and that Bible is the only thing needed for salvation.

Well, absolution from sin and good works are needed for salvation; not scream-
ing in public ever so obnoxiously, while holding a Bible in front of TV cameras
Such a thing is the act of worshiping the Bible.

Q:  Okay then, what actually is the Bible?
ANS:  It's a collection of testimony from those who had salvific encounters
with the Eternal God. 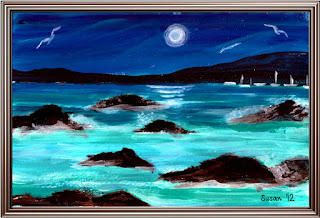 Furthermore,  stained glass windows often depicted Biblical events.  This
means that the Church was NOT hiding the Bible from the people.  It was
doing the opposite.  Church art served the function of a school book for the
illiterate.

Now, if  Protestants refuse to believe in "one holy Catholic and apostolic
church," then they need to leave behind all that is Catholic.  This includes
leaving behind the Bible.

The Bible was made for man; not man for the Bible.  Therefore, the Catholic
Church doesn't take the Bible out of context and turn it into a god unto itself. 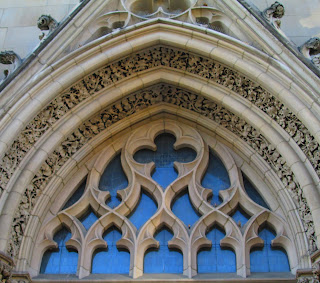 There is only one Jesus Christ.  Thus, there only exists one Church of
Jesus Christ, founded by the same Christ.  All other churches constitute
either impostor churches or fractures within the only church founded by
Christ.  This brings us to a question: