St Paul's miraculous power, along with his followers' use of 3rd class relics 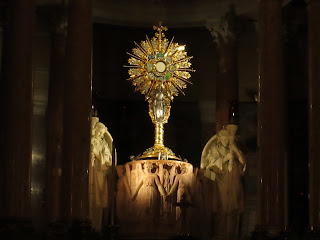 St. Paul's writings have been used by millions of ... let us politely say ... anti-Catholics, to justify living the life of laziness & selectively retained immoralities.  According to them, St. Paul said that you can do whatever you want and go to Heaven anyway, as long as you proclaim belief in a certain Nazarene whose name has been repeatedly used in vain, on modern movie screens.

Newsflash:  This just in ===> The exact same St Paul wrote exactly the opposite.

Do you not know that the unjust will not inherit the kingdom of God?

Do not be deceived; neither fornicators  nor idolaters   nor adulterers

Let it be repeated.  St Paul, the disciplined & self-controlled aesthetic, NEVER wrote that you can commit all the sins you want and still go to Heaven, so long as you express belief in the miraculous Nazarene who was crucified by Roman soldiers.  Yet, an entire religion that kept splintering into "denominations" was founded upon that one premise.  Concerning this overly audacious Biblical interpretation, when Paul wrote that he no longer followed the law, he was referring to the Law of Moses and its many rituals which included animal sacrifice.  He was NOT referring to the moral law.  In fact, he also wrote:

Now the works of the flesh are obvious:  immorality,  impurity,  licentiousness,

I warn you, as I warned you before, that those who do such things

Equally important is that Romans 3:28 did NOT state that "Faith alone suffices."  The less than diplomatic Martin Luther added the word, "alone," changing the entire meaning of St. Paul's mission & ministry.  Martin Luther dedicated his beer-drinking (ale-drinking) years to promoting the Sin of Presumption --- the sin of presuming God's mercy.

Yet today, all of the modern Protestant Bibles omit the "Luther translation," having published instead the Koine Greek version of Romans 3:28 that actually was written by Paul.  That scriptural passage simply stated that a person is justified by having  Faith in the Jewish Messiah of Nazareth without needing to perform the rituals of the Jewish Law of Moses which included animal sacrifice.  The actual translation is:

For we consider that a person is justified by faith apart from works of the law.  Does God belong to Jews alone?  Does he not belong to Gentiles, too?  Yes, also to Gentiles, for God is one and will justify the circumcised on the basis of faith and the uncircumcised through faith.  --- Romans 3:28

In electing to revert to fidelity in the Koine Greek version of Romans 3:28, Protestant denominations elected to delete Protestantism's thesis statement.  They deleted Protestantism's raison d'etre.  This is tragically ironic, in light of the wars & killings which could have been prevented --- highlighted in the 30 Years War and in Cromwell's genocide of Irish Catholics, as well as in the severely emotional anti-Catholicism of 19th & early 20th Century America.

There is the need of millions of people to quit making a mockery out of Saint Paul's epistles.  Moreover, there is a canonized saint of recent decades who converted from Protestantism.  He famously stated that, the deeper you delve into history, the further you remove yourself from Protestantism.   The exact quote was, "To be deep in history is to cease being Protestant."  His name is John Henry Newman.  All in all, St. Paul ... and Elizabeth Ann Seton ... as well as John Henry Newman ... should be the patron saints of Protestant conversions.  That will work ... really well.

Yeah,  Martin Luther was going to show the Holy Spirit who was boss.  Guess where Martin Luther is at this very moment.  Did you ever study exorcism transcripts?  His name came up, when a possessing devil was ordered by the exorcist to give his name ... to the exorcist, during a 19th Century exorcism.  For the record, damned humans have the capability of possessing a living person as much as a demon.  A demon is a fallen angel.   A devil is a damned human. 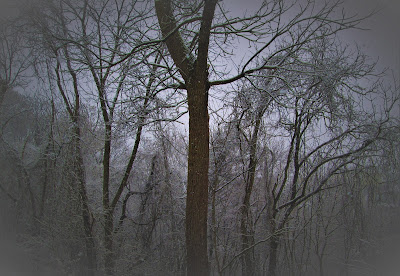 Let us now address the miraculous power of Saint Paul which was somehow transmitted into linens and aprons whenever they touched St. Paul, himself.   Acts 19: 11-12 reads as follows:

So extraordinary were the mighty deeds which God accomplished

at the hands of PAUL that, when facial cloths or aprons that

touched his skin were applied to the sick, their diseases left

them and the evil spirits came out of them.

Now, Acts 19 describes the valid & successful use of Third Class Relics -- or third degree relics.  Such relics are pieces of cloth or other physical items such as paper that are touched to an actual living saint or to the bodily remains of a saint who has already gone into eternity.

Of course, the Church never declares any living being a saint.  None the less, people in the Church, on occasion, were known for miraculous results to their interactions with others.  It doesn't happen everyday, but it did happen in the very turbulent history of the true church of Christ ... as opposed to a "knock-off" church produced by Henry Tudor, his less-than-friendly daughter, Martin Luther & the politically motivated Elector of Saxony, the Swiss John Calvin, and more recent names who became associated with mass suicide and/or gun battles with federal agents.

Of course, a person who identifies himself as "a born-again Christian" or a Baptist or a Fundamentalist or someone "saved" would call the use of relics the ritualistic act of idolatry.   Well, to declare this is to declare St. Paul a ritualistic idolater.  In fact, it's to call the New Testament ritualistic idolatry.  This is because the use of third-class relics were used to spread Saint Paul's miraculous power.  Therefore, relics are Biblical.  The Catholic tradition of employing saints' relics traces itself back to St. Paul's followers.

The Old Testament gives at least one instance of a miracle involving a First Class Relic --- or first degree relic.  That type of relic is the actual saint, himself; as in a bone fragment, etc.  In the Second Book of Kings, a miracle occurred when a corpse was thrown into the grave of Elijah's prime student and spiritual heir, Elisha.

Once some people were burying a man, when suddenly they saw such a raiding band.  So they cast the man into the grave of Elisha, and everyone went off.  But when the man came in contact with the bones of Elisha, he came back to life and got to his feet.

Thus, miracles done upon contacting a first class relic IS very Biblical.  So, if you are no-no on relics, then you are also no-no on the Bible, probably unbeknownst to you ... until now.  Now, concerning the Cloak of Elijah:

Wielding the mantle which had fallen from Elijah, he struck the water and said, “The LORD, the God of Elijah—where is he now?”   He struck the water.  It divided, and he crossed over.   Elijah's prime student did this with Elijah's cloak, so stated for the record.

Elijah's Cloak was a Second Class Relic.  A second-class relic is a former physical possession of a saint.  Examples are a writing quill, a walking cane, a favorite chair, an article of clothing, and Elijah's Cloak.   With this comes the conversation of metaphysical power which can be a lengthy topic.  HOWEVER, all angels have a METAPHYSICAL attachment to physical creation, and they perhaps come into the relic schematic, in matters involving second-class relics effecting miracles. 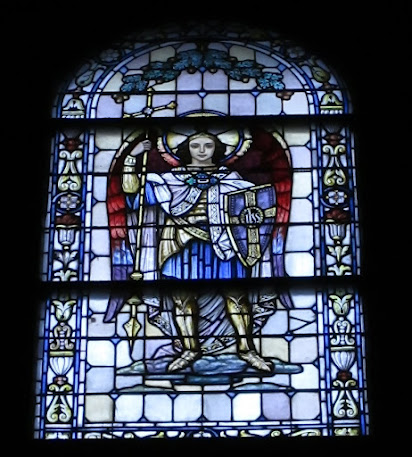 Of course, Catholics understand that not everything is in the Bible, being that St. John wrote this into his Gospel.  Plus, Paul told his followers to also observe that which he taught them verbally, in addition to whatever written teachings were sent to them.  Verbal teaching is usually called, TRADITION.

Tradition comes from none other than the Latin, TRADITIONEM.  It means to deliver across something ... to hand-over ... to hand down.   The Greek equivalent is parádosi̱ which actually means to surrender something to others.

Therefore, brothers, stand firm and hold fast to the traditions that

you were taught, either by an ORAL STATEMENT or by a letter of ours.

Thus, TRADITION --- church teaching that comes from outside of the Bible ---  is Biblical, ironically enough.  The Bible is NOT God.  It's a testimonial to the existence of God and to the mindset of God.  Mindset is understood to be the same as "personality."  Moreover, the Law of God and the Will of God are the exact same thing.  To claim that "everything is in the Bible," is the sin of  IDOLATRY.  It's the worship of the Bible, instead of God.

Moreover, being that God is so infinitely massive, the task of being God cannot be accomplished by merely one person.  It takes three infinite persons to accomplish the mission of being God ... literally.  In as much, in order for God to exist, God can only exist as a multiplicity of Three Individual Persons who share the exact same essence and nature. 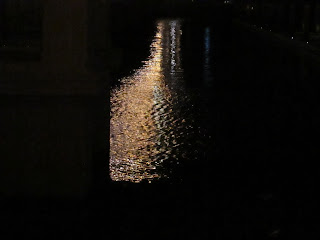 While we're still here, let's address the claim that it's a sin to call a priest, "father."  After all, Jesus did say to call no one your father, but God the Father.  Well, the Catholic Church does recognize God the Father to be the Unmoved Mover ... and the Uncatalyzed Catalyst ... who authored life and wrote the blueprint of the only Church ever founded by his only Begotten Son.  The use of the name, father, as it applies to priests, has a lesser meaning of the word.  And that practice came from St. Paul, himself.   In the FIRST Letter to the Thessalonians, Chapter 2, verses 10 to 12, Saint Paul wrote:

As you know, we treated each one of you as a FATHER treats his children,
exhorting and encouraging you, while insisting that you conduct yourselves
as worthy of the God who calls you into his kingdom and glory.
The conclusion is that calling a priest "Father" IS BIBLICAL.  Case Closed.  Catholic haters lose.  The bottom line is that some people think that they know the mind of God & the Will of God, when the fact is that they are clueless.  Concerning people who don't read the Bible at all, they are more talented at insulting a person's intelligence.  Each example of this would be an article of its own.
None the less, the aforementioned shows --- at face value --- that the Biblical Paul --- the author of multiple epistles --- had a significant influence upon the ordinary practices of the Catholic Church.  Catholic haters are not willing to admit this.  The Catholic Church was the first Christianity.  It will be the last Christianity, also.
C'est tout, pour maintenant.
from Patrick Anthony Pontillo on 1/25/2023

Labels: the significance of the Brown Scapular. The use of relics in the Bible.
Newer Post Older Post Home